The inability to forgive and release past wounds is a psychological and spiritual burden, an emotional weight, like an anchor.  Held by it’s gravity, one can only circle back, unable to move forward into a new narrative, a new way of being in life, free from hurt, victimization, anger and resentment.

To make matters worse, it is natural to feel rage, even hatred for the abuser.  But, when there’s a strong emotional attachment this feeling of hateful rage can also promote guilt, depression and low self esteem (“How can I feel this way toward my own mother, father, sibling, spouse, child, family…?”).  The inability to forgive and move on also promotes a sense of isolation, which, along with guilt, is another tributary of depression.

Much like grief and loss, forgiveness is a psychological process most, or all of us will confront in life.  It requires time, patience, deep understanding and self inquiry. Like life itself, it’’s worth it.

First, you have to forgive yourself for the ragged mix of hurt and rage and resentment anyone feels when they are mistreated, abandoned, neglected or abused.  Accept yourself and all these feelings without acting on them. It’s one of those moments when meditation, mindfulness and self soothing skills really help. The feelings will pass or process more quickly when they are allowed.  They’re just feelings, they’re not you. Take your time, there’s no hurry. Other feelings may arise like grief for the failure of love or safety in one or more significant relationships. In order to get free, you have to care enough about yourself to feel the anger and grief for the unmet needs and the negligence or lovelessness you endured.  Breathe through it, allow it. Care, don’t minimize or judge, just feel it when it arises. Let it flow, let it go. Get some tissue. This is getting well. You’re worth it.

You probably wondered many times why/how the person or people who hurt you could do that.

As your self acceptance and compassion (self love) grows, it becomes more crystal clear that

It had little to do with you.  You never deserved it and yet some pattern of abuse/neglect was played out against you.  In order to forgive and release the emotional wounding, it helps to understand where that pattern came from.  What made that person act that way? Now it’s time to look at them with some serious curiosity.

It may be a puzzle, but there are pieces that come together and make sense.

My client suffered a great deal emotionally as her mother appoached her death without any issues ever being resolved, no apologies, no needs met.  After her mother died, she struggled with grief, guilt and deep resentment attempting to allow and process these difficult emotions.

I supported her in not forgiving the wounding but perhaps in time, forgiving her mother.  The harm that was done was not forgivable, no child deserves lovelessness.  Why did her mother treat her so differently from her brothers? Piecing patterns together it appeared her mother was more critical and competitive with women in general.  She clearly preferred the boys and men in the family. She was unkind to her one daughter (my client), her granddaughter, and her son’s girlfriends and spounses. Her father was a kind, spiritual man.  Her mother was reportedly demanding and critical. So, my client’s grandmother was demanding and critical to her mother but less so to her younger sister. Clues to the wounding that shaped her mother’s behavior toward her.

For my client, it started to become less personal.  One day, my client came into sessions with a story that started her on the road to forgiving her mother.  She was relaxing in the tub when she had a realization. She saw that her great grandmother had two daughters and two sons.  They were a very wealthy family. Her great grandmother clearly favored her sons who were set up in business and education. My client’s great aunt ‘married well’, a doctor, but her grandmother married a well educated, spiritual man who had little interest or aptitude in the financial marketplace of life.

Her grandmother was bitter and disappointed in her husband and her family for her downward slide in lifestyle.  She was never able to live more than paycheck to paycheck in an apartment and had to go to work herself when her oldest daughter ( my client’s mother) was only eleven.

My client’s mother became a latchkey kid responsible for her six year old younger sister, and multiple chores every day from then on.  Her resolve was to marry well someday and although she did marry a man (my client’s father) who made a good living, he was a violent, alcoholic adulterer.  My client’s mother was also bitterly disappointed in her husband whom she divorced after a particularly violent episode.

What my client realized in the tub, was that her mother was so wounded and stuck in her own pain that she wasn’t able to mother her in a healthy way.  And, sad as that was, it wasn’t personal. It was the best her mother could have done with any daughter. She began to understand and feel compassion for her mother who never could face her own demons.  She forgave her mother without ever having to forgive the pain she caused. And along with this forgiveness, as time went on, the pain went away.

I am not around at the moment. But you can send me an email and I'll get back to you, asap. 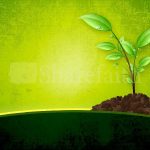